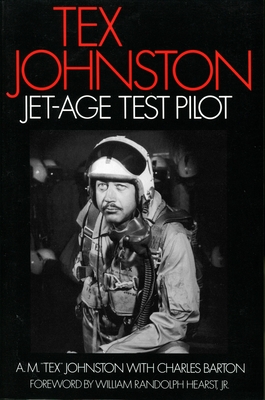 One of America's most daring and accomplished test pilots, Tex Johnston flew the first US jet airplanes and, in a career spanning the 1930s through the 1970s, helped create the jet age at such pioneering aersospace companies as Bell Aircraft and Boeing.

“There seem to be two Tex Johnstons: the one who became legendary in 1955 for performing two barrel rolls with the Boeing 707 prototype . . . and the man who brought to flight testing a far more meticulous approach than had ever been used before. . . . Johnston is of the barnstorming generation . . . [and] in his memoir’s best moments you can smell the oil on the grass.”—Air & Space

A. M. "Tex" Johnston was a test pilot for Bell Aircraft and Boeing.
Loading...
or
Not Currently Available for Direct Purchase