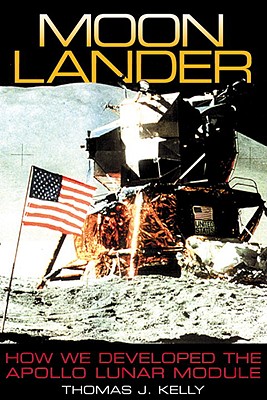 How We Developed the Apollo Lunar Module

Chief engineer Thomas J. Kelly gives a firsthand account of designing, building, testing, and flying the Apollo lunar module. It was, he writes, “an aerospace engineer’s dream job of the century.” Kelly’s account begins with the imaginative process of sketching solutions to a host of technical challenges with an emphasis on safety, reliability, and maintainability. He catalogs numerous test failures, including propulsion-system leaks, ascent-engine instability, stress corrosion of the aluminum alloy parts, and battery problems, as well as their fixes under the ever-present constraints of budget and schedule. He also recaptures the exhilaration of hearing Apollo 11’s Neil Armstrong report that “The Eagle has landed,” and the pride of having inadvertently provided a vital “lifeboat” for the crew of the disabled Apollo 13.


Praise For Moon Lander: How We Developed the Apollo Lunar Module…

“A highly personalized story . . . of the Apollo Lunar Module, built at Grumman by the author and his team.”—Choice

“It’s surprising that the man most responsible for the spindly Apollo lunar landers, Tom Kelly, hasn’t told his story years before. Lucid and engaging, he tells how his team at Grumman in Bethpage, Long Island, went from paper studies to delivering hardware that would help change history. Beyond historical interest, the book has lessons for anyone involved in a large project at the cutting edge of technology.”—IEEE Spectrum

“. . . Written in an approachable style, and if you have even a passing interest in space exploration it will grip your interest. It constitutes an important primary source for the history of human exploration . . . This book is a flat-out good read.”—Meteoritics and Planetary Science

The recipient of a Grumman Engineering Scholarship upon graduating from high school, Thomas J. Kelly worked for the company for more than forty years, retiring in 1992. Now an aerospace and computer consultant, he lives in Cutchogue, New York.
Loading...
or
Not Currently Available for Direct Purchase