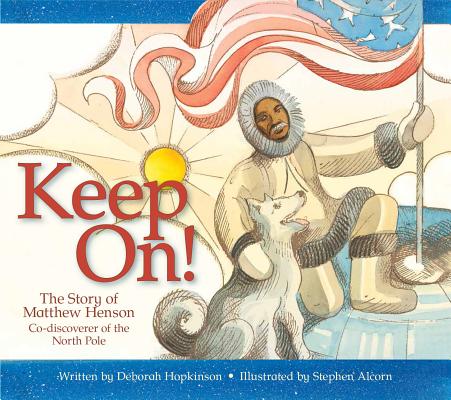 The Story of Matthew Henson, Co-Discoverer of the North Pole

Matthew Henson was born just after the Civil War, a time when slavery had been abolished, but few opportunities were available for Black people. As a child, Henson exhibited a yearning for adventure, embarking at age thirteen on a five-year voyage sailing the seven seas. But Henson's greatest adventure began when Robert Peary invited him to join an expedition to the North Pole. After many storms, injuries, and unimaginable cold, on April 1, Peary, Henson, and four Inuit men began the final 133-mile push to the Pole.

This fascinating tale from award-winning nonfiction author Deborah Hopkinson (Carter Reads the Newspaper, Thanks to Frances Perkins) is paired with beautiful artwork from Stephen Alcorn. Perfect for Black history and exploration units. Available in eBook.