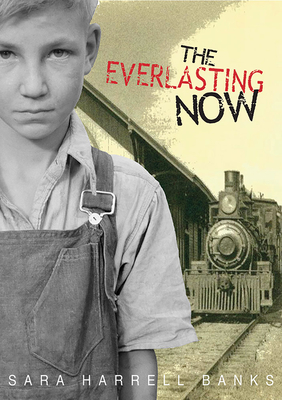 It's 1937, the Depression is in full force, and Champion Luckey has just arrived in Snow Hill, Alabama. Brother Sayre's life will never be the same.
James Longstreet Sayre, known to all as Brother, lives with his mother and sister in their well-run if run-down boardinghouse. But Brother's life is changed forever when he meets Champion Always Luckey, a black boy his own age who has been sent from Detroit to live with his aunt, who works for Brother's family.
With Champion, Brother learns all sorts of things--that he enjoys fishing, that he needs glasses, and that there are subtle and powerful rules of race and power that he's never noticed. A child of privilege, Brother has never questioned the ways of his small southern town--but now he has reason to.
Sara Harrell Banks sets her dramatic story of an adolescent friendship during a troubled, complex time in history. Readers will be drawn into the action and learn a valuable lesson in Depression-era Southern history, when resources were scarce and segregation was firmly in place.