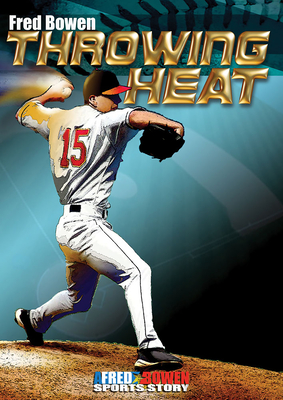 Get back in the baseball action with this Sports Story Series book from Washington Post KidsPost columnist and author Fred Bowen - perfect for fans of Mike Lupica and Tim Green.

Jack has a sizzling fastball, but does he have what it takes to pitch his team to victory?

Known for his crazy fastball pitches, Jack has never had a problem striking a batter out. Until now. This season, he's playing in a new league where the distance to the catcher's mitt is a lot greater, and he can't get seem to get into the strike zone.

Then a baseball coach at a local college shows Jack some new pitches and tells him about Steve Dalkowski who never made it out of the minor leagues because he wouldn't throw other pitches. At first Jack doesn't listen to the coach's advice, but with the season on the line, he realizes that Finn was right. Is it too late to change his game plan?

In this installment of his Sports Story series, author Fred Bowen shows readers how to battle the ache of disappointment and rise to new challenges. Readers can learn more about pitching phenoms Steve Dalkowski and Sandy Koufax and their Major League Baseball careers in the afterword.