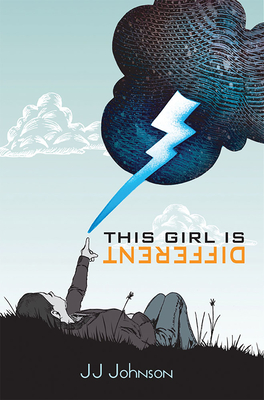 This Girl is Different

Homeschooled by her counterculture mother, Evie decides to spend her senior year in public school, where she experiences first friendship, first love—and first encounters with the complexities of authority and responsibility.

Evie is different. Not just her upbringing—though that's certainly been unusual—but also her mindset. She's smart, independent, confident, opinionated, and ready to take on a new challenge: The Institution of School.

It doesn't take this homeschooled kid long to discover that high school is a whole new world, and not in the way she expected. It's also a social minefield, and Evie finds herself confronting new problems at every turn. Not one to sit idly by, Evie sets out to make changes. Big changes.

The movement she starts takes off, but when her plan begins spiraling out of control, Evie is forced to come to terms with a world she is only just beginning to comprehend.

Praise For This Girl is Different…

"Readers will never look at high school – or life – the same."—Kirkus Reviews

"Johnson's fun, activist-minded debut has a close cousin in Jamila Stevenson's The Latte Rebellion (2010). Evie is a strong yet vulnerable heroine whose intellectual bent and sense of self will remind readers that, as historian Laurel Thatcher Urlich said, 'Well-behaved women rarely make history.'"—Booklist

J. J. Johnson graduated from Binghamton University and worked an internship coordinator for programs such as The Learning Web and Youth Advocacy. She earned a Master of Education from Harvard University, with a concentration in Adolescent Risk and Prevention. Johnson lives in North Carolina.
Loading...
or
Not Currently Available for Direct Purchase