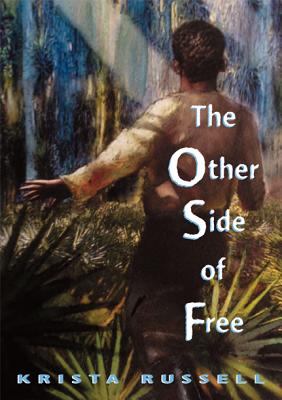 The Other Side of Free

Jem has escaped from slavery. Now it's up to him to decide what he believes, who he trusts, and what freedom really means.
In 1739, England and Spain are on the verge of war and former slaves are arriving at Fort Mose in St. Augustine, where the Spanish will give them their freedom in exchange for their loyalty. Fourteen-year-old Jem has escaped a cruel master but is now in the custody of Phaedra, a difficult and angry woman. He thought he was free, he thought he was a man, but Phaedra takes every opportunity to remind him that he's still a child. As the threat of war becomes more real, Jem starts to understand the meaning of freedom.
Krista Russell's action-packed historical adventure, provides readers with a chance learn, along with Jem, the complex connections that make a community and the significance of true freedom.