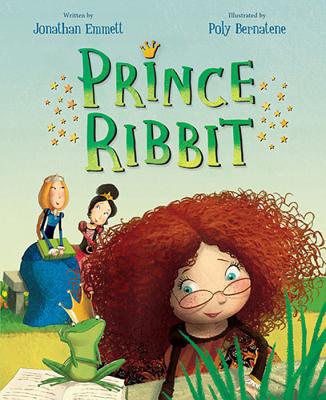 Enchanted prince or just a plain old frog? Pucker up, princesses There's only one way to find out . . .
Fairy tales are just stories--or so Princess Martha believes. But when her sisters meet a talking frog, they're convinced that giving him the royal treatment will turn him into Prince Charming. After all, that's what happens in their story books. Martha isn't so sure. The more she sees of Prince Ribbit, the more suspicious she becomes. Armed with the facts, Martha sets out to expose Prince Ribbit and prove to her sisters that "just because it's in a book doesn't mean it's true." But before "The End," Princess Martha might just learn that lesson for herself
Jonathan Emmett's clever twist on the "The Frog Prince" pits a spunky, bespectacled princess against a sly amphibian to teach a charming lesson on the pitfalls of trusting everything you read.