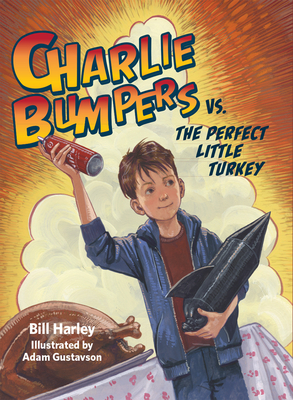 Can Charlie Bumpers be a polite Thanksgiving host to the most annoying cousin in the universe?

It's Thanksgiving in the Bumpers' household, and Charlie has to be the perfect host to his annoying little cousin, Chip. Chip makes everything hard for Charlie―gets him in trouble, ruins his things, and generally makes a nuisance of himself.

On top of that, for homework, his fourth-grade teacher Mrs. Burke has assigned him the task of writing what a family means to him. Will Charlie be able to see past his "turkey" of a cousin to understand the real meaning of family?

Praise For Charlie Bumpers vs. the Perfect Little Turkey…

"Harley has as good a handle on tumultuous family relationships as he does on school-day mishaps. . . " —Publishers Weekly