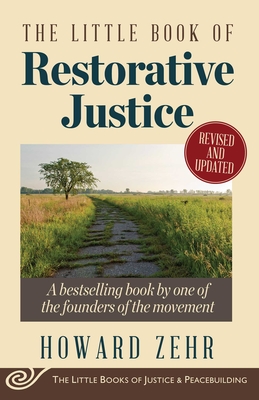 Over 150,000-copies sold! Author Howard Zehr is the father of Restorative Justice and is known worldwide for his pioneering work in transforming our understanding of justice.

Here Zehr proposes workable principles and practices for making Restorative Justice possible in this revised and updated edition of his bestselling, seminal book on the movement.

This is not soft-on-crime, feel-good philosophy, but rather a concrete effort to bring justice and healing to everyone involved in a crime. In The Little Book of Restorative Justice, Zehr first explores how restorative justice is different from criminal justice. Then, before letting those appealing observations drift out of reach into theoretical space, Zehr presents Restorative Justice practices. Zehr undertakes a massive and complex subject and puts it in graspable from, without reducing or trivializing it. Topics include: