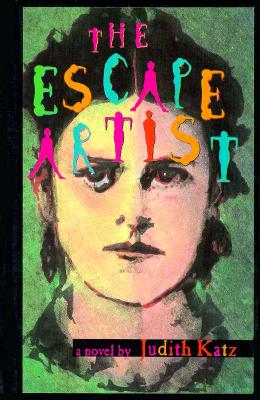 Set in the brothels and gangster dens of Jewish Buenos Aires at the beginning of the twentieth century, The Escape Artist catapults us into the lives of Sofia Teitelbaum (tricked into prostitution and away from the gentility of her Eastern European family), and a handsome, mysterious magician, Hankus Lubarsky (enjoying the freedom of South America after the pogroms of Poland), as they somersault, tumble, and spin their way into an imagined future together.

Traveling in a world of small-scale criminals and large emotions, our two lesbian heroes rub elbows with -- and up against -- Sofia's captors, the formidable and bizarrely religious Madame Perle Goldenberg and her malcontent brother Tutsik; Marek Fishbein, the boorish king pimp of the ghetto; Perle's bordello colleague, salty Red Ruthie; and a bevy of unblushing racketeers, hypocrites, and whores.

Written with the bent notes and dizzying rhythms of a Klezmer tune, The Escape Artist is a breathtaking, delightful tale, full of spills, chills, and lush language. Its historical sleight of hand and brave imagination keep all the balls in the air.