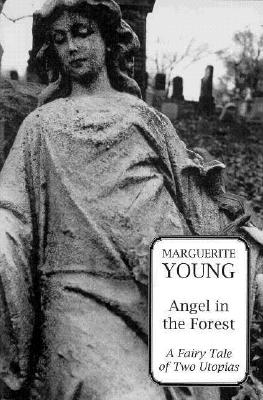 Angel in the Forest

This is the first paperback edition of Marguerite Young's fascinating chronicle of two attempts to establish utopian communities in nineteenth-century America.Angel in the Forest recounts the strange tale of New Harmony, Indiana. The original community was founded in 1814 by the German mystic Father George Rapp, who, with a group of English immigrants, implemented his own theories for a perfect community, this time based on rationalism. Both experiments failed, but Young finds in both a distinctively American yearning for utopia, which continues to characterize the American spirit to this day: a tradition of faith and folly can be traced from Owen's New Moral World to George Bush's New World Order. Written with the same elegance, wit, and lyric beauty that distinguishes her fiction, Angel in the Forest was widely praised upon its first publication in 1945. This edition includes Mark Van Doren's introduction to Scribner's 1966 reprint.

Marguerite Young is best known as the author of?"Miss MacIntosh, My Darling," a 1200-page novel published to great critical acclaim in 1965 and since then considered a landmark of contemporary American literature.
Loading...
or
Not Currently Available for Direct Purchase