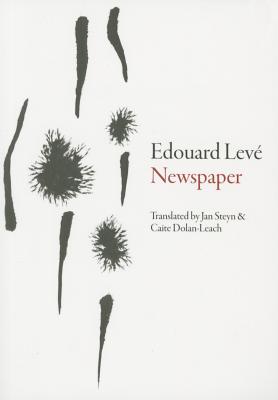 In his second "novel," Newspaper, the acclaimed writer, photographer, and artist Edouard Lev made perhaps his most radical attempt to remove himself from his own work. Made up of fictionalized newspaper articles, arranged according to broad sections--some familiar, some not--Newspaper gives us a tour of the modern world as reported by its supposedly impartial chroniclers. Much of this "news" is quite sad, some is funny, but the whole serves as a gory parody of the way we have been taught to see our lives and the lives of our fellow human beings.

Edouard Lev? was born on January 1, 1965 in Neuilly-sur-Seine. A writer, photographer, and visual artist, Lev? was the author of four books of prose--"Works, Newspaper, Autoportrait," and "Suicide," all of which are now available from Dalkey Archive Press--and three books of photographs. "Suicide," published in 2008, was his final book.
Loading...
or support indie stores by buying on