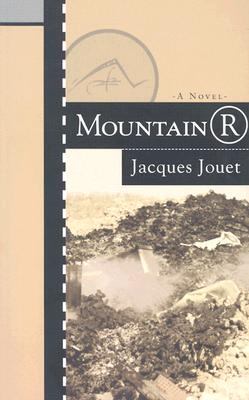 In an unnamed country, the President of the Republican Council, wanting to "do something big," strikes upon the idea of building a 1,500-meter high mountain as an inspirational monument to national greatness. Construction of the mountain will reduce unemployment, attract hordes of tourists, and the idea can even be exported for sale to other countries. Mountain R relates the rise and fall of this insane project through the eyes of those involved over several decades: the President whose double-talk sets the plan in motion, a worker who, years later, tells his daughter about the disastrous consequences of the never-completed mountain, and an author commissioned to write a novel about the project. An incisive satire about the dangers of half-witted government officials who use political rhetoric to manipulate the patriotism of their constituents, Mountain R is a humorous yet disturbing allegory quite appropriate to our times.

Jacques Jouet is a French writer and has been a participating member of the Oulipo literary project since 1983. He is a poet, novelist, short story writer, playwright, essayiste, and plasticine artist specializing in collages.
Loading...
or support indie stores by buying on