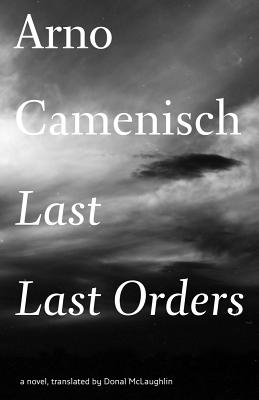 Last Last Orders?is the third part of Arno Camenicsh's award-winning trilogy set in the Swiss Alps. It is the final evening in the Helvetia bar, and the regulars sit around one last time to drink and talk before the bar closes forever. Characters familiar to book two of the trilogy - villagers past and present, dead and alive - gather at the table as tales from the world they inhabit, both tragic and hilarious, are shared and relished. Everything's coming to an end but as long as someone is still speaking, the last glass will not empty. Camenisch's work is touching, hilarious, harrowing, and immediate.

Arno Camenisch was born in 1978 in the Graub?nden region of Switzerland. He studied at the Swiss Literature Insitute in Biel, where he now lives. Camenisch has won multiple prizes for his poetry, prose and drama, which he writes in both German and Romansch. He is a member of the Spoken Word ensemble 'Bern ist ?berall'. Extracts of his prose texts have been translated into fifteen languages
or
Not Currently Available for Direct Purchase