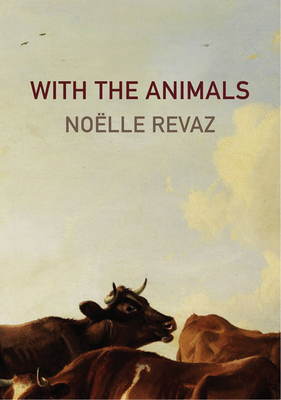 Considered the standard-bearer for the great Franco-Swiss literary tradition, exemplified by authors such as Jacques Chessex and C. F. Ramuz, No?lle Revaz may also remind English-language readers of Louis-Ferdinand C?line: With the Animals, her shocking debut, is a novel of mud and blood whose linguistic audaciousness is matched only by its brutality, misanthropy, and gallows humor. Narrated by the singular Paul--a violent, narrowminded farmer whose unceasing labor leaves him with more love for his livestock than his family--With the Animals is at once a fantastically exaggerated and entirely honest portrait of masculinity gone mad. With his mute and detested wife and children huddled at his side, Paul is only roused from his regimen of hard labor and casual cruelty when a farmhand, Georges, comes to work on his property for the summer. His sovereignty seemingly threatened, an element of unwanted humanity now injected into his universe, Paul's little kingdom seems ripe at last for a revolution.