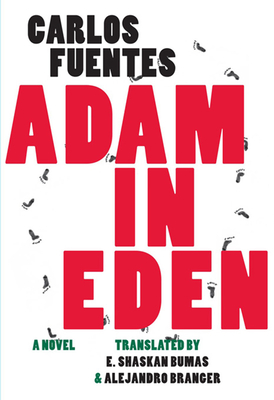 In this comic novel of political intrigue, Adam Gorozpe, a respected businessman in Mexico, has a life so perfect that he might as well be his namesake in the Garden of Eden--but there are snakes in this Eden too. For one thing, Adam's wife Priscila has fallen in love with the brash director of national security--also named Adam--who uses violence against token victims to hide the fact that he's letting drug runners, murderers, and kidnappers go free. Another unlikely snake is the little Boy-God who's started preaching in the street wearing a white tunic and stick-on wings, inspiring Adam's brother-in-law to give up his job writing soap operas to follow this junior deity and implore Adam to do the same. Even Elle, Adam's mistress, thinks the boy is important to their salvation--especially now that it seems the other Adam has put out a contract on Adam Gorozpe. To save his relationship, his marriage, his life, and the soul of his country, perhaps Adam will indeed have to call upon the wrath of the angels to expel all these snakes from his Mexican Eden.