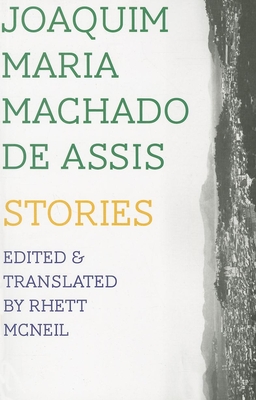 Featuring ten stories never before translated, dating from 1878 to 1886 (regarded as Joaquim Machado de Assis's most radically experimental period), this selection of short fiction by Brazil's greatest author ranges in tone from elegiac and philosophical to impishly ironic. Including the author's classic essay on world literature-also appearing in English for the first time-and with pieces chosen from his vast body of work for their playfulness, pathos, and stylistic subversion, this collection is an ideal introduction to one of world literature's greatest talents.

"A prodigy of accomplishment...deserving of a permanent place in world literature" - Susan Sontag

"There is in Machado's prose a playfulness that teases the reader, humor that mocks solemnity and seriousness. He punctures pretentiousness and ridicules received ideas (...) The range of allusions in his work would have amazed even Nabokov. And as with Nabokov, indeed as with any work of art which gives us what Nabokov calls the shiver between the shoulder blades, what elicits one's astonished admiration is not to do with subject matter...but with that abstract and elusive concept...which manifests itself in that purely aesthetic thing called style." - Zulfikar Ghose, Context No. 12

Joaquim Maria Machado de Assis (1839-1908) was born in Rio de Janeiro. Beginning his career as a fiction writer with works in the romantic vein, he broke away from this mode during middle age to produce novels and stories marked by self-reflexivity, humor, and pitch-black pessimism. He was given a state funeral, with full civil and military honors, a first for a man of letters in Brazil.
or support indie stores by buying on