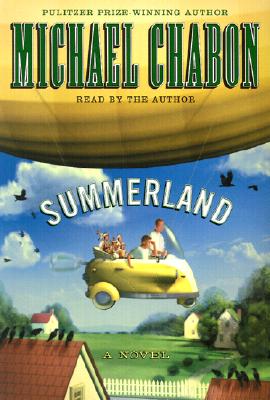 Summerland is the story of a young hero on a quest through the strange world of the American Faery. This is a fantasy for readers of all ages, set against the background of the American myth. The Clam Island fairies are in grave peril. War is coming, another battle in an ancient conflict. When the band sends for a champion, they get an 11 year-old boy named Ethan Feld. He hates baseball and wants to quit his losing team, but Jennifer T. Rideout loves baseball and won't let him quit. The two find themselves on a journey that includes zeppelins, werefoxes, Indian mythology, sasquatches, wendigos, and the haunted 161 year old husk of George Armstrong Custer. Finally Ethan becomes who he is: a changeling, a hero, and even a man.

MICHAEL CHABON has published several novels including the recent bestsellers The Wonder Boys and The Amazing Adventures of Kavalier and Clay. His work has appeared in The New Yorker, Harper's, Esquire, and Playboy and in a number of anthologies, among them Prize Stories 1999: The O. Henry Awards. He lives in Berkeley, California, with his wife, Ayelet Waldman, also a novelist, and their children.
Loading...
or
Not Currently Available for Direct Purchase