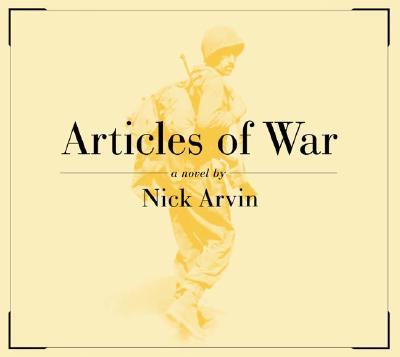 The terrors of a young soldier come to life in shocking, almost hallucinatory detail in a powerful first novel that follows in the footsteps of The Red Badge of Courage and Farewell to Arms.

"The boy they called Heck arrived at Omaha Beach in August 1944. Soon he would be sent to the front..." George Tilson, an 18-year-old Iowa farm boy, is nicknamed Heck because he won't curse. Other than that, he's a typical soldier, willing to do his duty without much fuss or musing about grand goals.

During his first horrific exposure to combat, Heck discovers a dark truth about himself: He is a coward. Shamed by his fear and tortured by the never-ending physical dangers around him, he struggles to survive, to live up to the ideal of the American fighting man, and to make sense of his feelings for a young French refugee. As the stark reality of combat—and the knowledge that he could cease to exist at any moment&mdashpresses in on him, he makes a series of choices that would be rational in every human situation except war.

Writing with remorseless clarity in a starkly minimalist style, Arvin draws you into the unimaginable fear, violence, and chaos of the war zone&mdashand creates one of the most disturbing and unforgettable accounts of a soldier's life ever written.

Praise For Articles of War…

Cullum narrates with a tone of spiritual withdrawal that seems exactly suited to the moral dilemmas faced by Heck. Both story and reading are compelling, their message challenging.

NICK ARVIN is a graduate of the Iowa Writers’ Workshop, a recipient of the Michener Fellowship, and the author of In the Electric Eden, a collection of short stories. He lives in Denver, Colorado, where he works as a forensic engineer.

J. D. CULLUM has appeared in over 40 plays both on and Off-Broady. TV and film work include 24, Frasier, Judging Amy, MYPD Blue and the HBO film *61.
Loading...
or
Not Currently Available for Direct Purchase