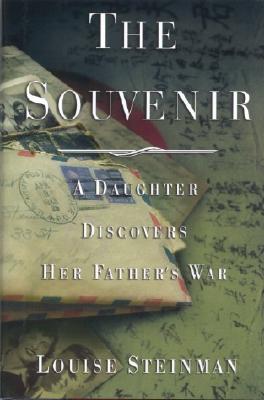 Louise Steinman's father never talked about his experiences in the Pacific during WWII-like many men of his generation. All she knew was that a whistling kettle unnerved him, that Asian food was banned from the house, and that she was never to cry in front of him.

After her parents' deaths, Steinman discovered a box containing some four hundred letters her father had written to her mother during the war. Among the letters, she found a Japanese flag inscribed with elegant calligraphy. The flag said: "To Yoshio Shimizu given to him in the Great East Asian War to be fought to the end. If you believe in it, you win." Intrigued by her father's letters and compelled to know how this flag came to be in his possession, Steinman sets out on a quest to learn what happened to her father and the men of his Twenty-fifth Infantry Division.

Over the course of her exploration, Steinman decides to return the flag to the family of Yoshio Shimizu, the fallen Japanese soldier. She travels to the snow country of Japan and visits the battlefield in the Philippines where her father's division fought-the place where Yoshio lost his life and his flag. In the end, Steinman discovers a side of her father she never knew, and, astonishingly, she develops a kinship with the surviving family of his enemy.

Weaving together her father's letters with the story of her own personal journey, Steinman presents a powerful view of how war changed one generation and shaped another.

Louise Steinman's essays and articles have been published in the Los Angeles Times Magazine, the Washington Post, and Salon, among others. She lives with her husband in Los Angeles, where she curates a literary program for the Los Angeles Public Library.
Loading...
or
Not Currently Available for Direct Purchase