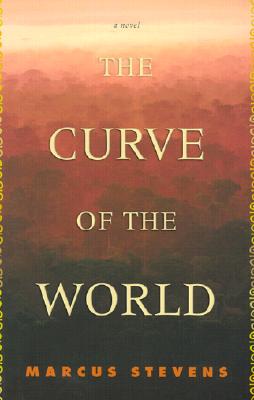 When his plane is forced to make an emergency landing in a remote area of the Congo basin and rebels seize the aircraft, Lewis Burke, a New York businessman, flees into the rainforest, only to find himself alone in a world where no rules apply and with no apparent way out. As he struggles to survive under the thick canopy of trees, battling thirst and hunger in the unrelenting heat, he confronts his deepest fears-and his greatest disappointments: his crumbling marriage; his distant relationship with his seven-year-old son, Shane; and the lack of meaning in his life. When his wife, Helen, a former volunteer for World Aid, makes the daring decision to find him in Africa, The Curve of the World becomes a story of crossing barriers and regaining love and conviction.

As Helen and Shane journey upriver into the forbidding rainforest, bringing them closer to Lewis, Shane begins to have visions and dreams of his father. But just as Lewis cannot find his way out of the jungle, Helen is thwarted at every turn by the military conflict raging around them. In the end it is an unlikely hero, a young Congolese boy, who courageously guides Lewis through the forest and to a side of himself he thought he had lost.

Powerfully written and mesmerizing in effect, The Curve of the World is a heartrending and heart-pounding page-turner that explores the limits of human resilience and the tenacity of the human spirit.

Marcus Stevens lives on a farm outside Bozeman, Montana, with his wife and three children. He attended the University of California at Berkeley and the University of California at Los Angeles before he began his career as an award-winning commercial director. He has traveled widely in Africa.
Loading...
or
Not Currently Available for Direct Purchase