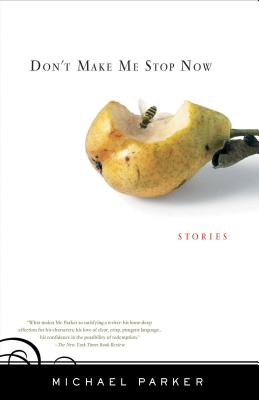 These eleven arresting, comic, and moving stories by acclaimed writer Michael Parker testify to the driving force of love, the lengths to which we’ll go to claim it and pursue it, the delusions we’ll float to keep it going, the torment that goes part and parcel with it. And despite all of the above, the absolute necessity of it, no matter its consequences.

Whether it’s a college student undone by the boy who leaves her, or the boyfriend intent on leveling old scores from high school for his lover, or the husband who discovers—in the grocery store—the woman he should have been with all along, every character, no matter how off track, wants to believe in debt and credit and payback and making the messy world—and the messy world of love—turn out neatly.

“In prose that is languid and mysterious . . . Parker writes descriptions as precise as line engravings, more revealing than recordings or photographs.” —The Washington Post

Michael Parker is the author of six novels and three collections of stories. His short fiction and nonfiction have appeared in the Washington Post, the New York Times Magazine, the Oxford American, Runner’s World, Men’s Journal, and other publications. His work has been anthologized in The O. Henry Prize Stories and The Pushcart Prize. He is the Nicholas and Nancy Vacc Distinguished Professor in the MFA Writing Program at the University of North Carolina at Greensboro. He lives in Saxapahaw, North Carolina, and Austin, Texas.