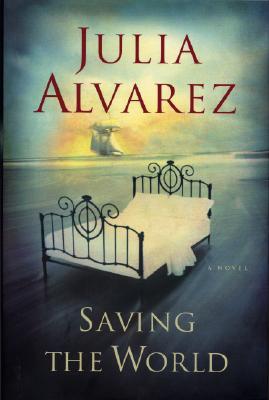 Praise For Saving the World …

Julia Alvarez left the Dominican Republic for the United States in 1960 at the age of ten. She is the author of six novels, two books of nonfiction, three collections of poetry, and eight books for children and young adults. Her work has garnered wide recognition, including a Latina Leader Award in Literature in 2007 from the Congressional Hispanic Caucus Institute, the 2002 Hispanic Heritage Award in Literature, the
2000 Woman of the Year by Latina magazine, and inclusion in the New York Public Library’s 1996 program “The Hand of the Poet: Original Manuscripts by 100 Masters, from John Donne to Julia Alvarez.” A writer-in-residence at Middlebury College, Alvarez and her husband, Bill Eichner, established Alta Gracia, an organic coffee farm–literacy arts center, in her homeland, the Dominican Republic.
Loading...
or
Not Currently Available for Direct Purchase