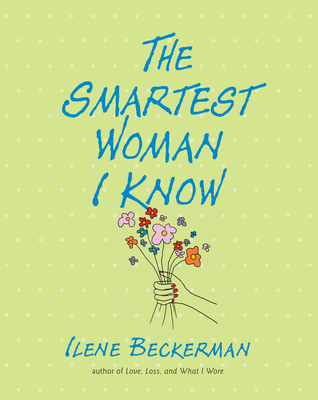 The Smartest Woman I Know

Ilene Beckerman’s first book “illuminates the experience of an entire generation of women,” wrote the New York Times Book Review in a full page of praise for Love, Loss, and What I Wore. It became a bestseller and inspired the hit Off-Broadway play by the same name. Now, Gingy returns with her fifth illustrated treasure, The Smartest Woman I Know—a tribute to the insightful woman who raised her.

It’s been said there’s nobody as smart as an old woman. That’s Gingy’s grandmother, Ettie, though she had no more than a third-grade education. She dispensed unforgettable wisdom to Gingy and her sister, Tootsie, as well as to the customers at her and (her husband) Mr. Goldberg’s stationery and magazine store, where customers ranged from Irish nannies to Sara Delano Roosevelt to Marlene Dietrich. Clever about life and love, food and men, Ettie had advice for everyone, and it didn’t hurt that she got some of her best ideas from talking things over with God, out loud.

Known for bringing wit and emotion to issues that concern women, depth and poignancy to subjects as seemingly trivial as clothes, beauty, and bridesmaids, Gingy now magically brings the irrepressible Ettie Goldberg to life.

Ilene Beckerman was nearly sixty when she began her writing career. Her articles have appeared in the New York Times, the Los Angeles Times, and Ladies’ Home Journal. She has judged People's "Best and Worst Dressed" issue and has traveled the country, speaking to women's groups. “Sometimes,” she says, “i feel like Grandma Moses—she didn’t start until later in life either—but i try not to look like her.”
Loading...
or
Not Currently Available for Direct Purchase