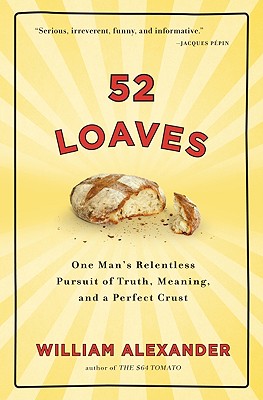 One Man's Relentless Pursuit of Truth, Meaning, and a Perfect Crust


Praise For 52 Loaves: One Man's Relentless Pursuit of Truth, Meaning, and a Perfect Crust…