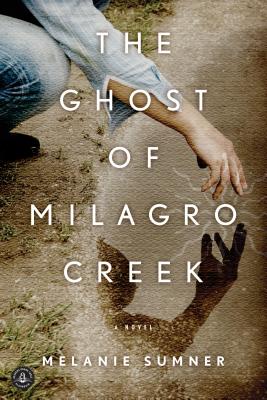 The Ghost of Milagro Creek

The story of Ignacia Vigil Romero, a full Jacarilla Apache, and the two boys, Mister and Tomás, she raised to adulthood unfolds in a barrio of Taos, New Mexico—a mixed community of Native Americans, Hispanics, and whites. Now deceased, Ignacia, a curandera—a medicine woman, though some say a witch—begins this tale of star-crossed lovers.

Mister and Tomás, best friends until their late teens, both fall for Rocky, a gringa of some mystery, a girl Tomás takes for himself. But in a moment of despair, a pledge between the young men leads to murder. When Ignacia falls silent, police reports, witness statements, and caseworker interviews draw an electrifying portrait of a troubled community and of the vulnerable players in this mounting tragedy. Set in a terrain that becomes a character in its own right, The Ghost of Milagro Creek brilliantly illuminates this hidden corner of American society.

Praise For The Ghost of Milagro Creek …

"The reader falls through layers of time into countless stories of danger, love -- a love strong enough to inspire murder -- the pressures of community and blood boiling. . . You remember Willa Cather's "O Pioneers!" and Edith Wharton's "Ethan Frome" -- books set in wildly different landscapes in which true love becomes a death cage. "Tu eres mi vida," one of the sons tells the girl. Oh, how you wish he hadn't." --Los Angeles Times
—Atlanta Journal Constitution

"Ghost of Milagro Creek shimmers with the light and landscape of New Mexico, and sparkles with the uniquely bleak, dark humor that has allowed generations of Native Americans to survive the worst kind of well-intentioned ethnocide by the U.S. government. The multifaceted narrative moves forward and backward in time until a picture emerges -- one strand at a time, much like the basket-weaving Ignacia's tribe is known -- of a small community whose broken world might finally have a chance at healing, if they can reclaim their once powerful medicine, hidden in plain sight." --Atlanta Journal Constitution
—Time Out Chicago

"Though the moment on which The Ghost of Milagro Creek turns happens fairly early on, we'd rather not spoil it, mostly because Sumner so immediately brings her characters to life that when it happens, it's devastating . . . [Ghost of Milagro Creek] simmers with metaphysical tension." --Time Out Chicago

Melanie Sumner is the author of The School of Beauty and Charm, a novel, and Polite Society, stories. A graduate of the University of North Carolina at Chapel Hill, she earned her MFA from Boston University and was the recipient of a Whiting award in fiction in 1995. She currently lives in Rome, Georgia, and teaches creative writing at Kennesaw State University.
Loading...
or support indie stores by buying on