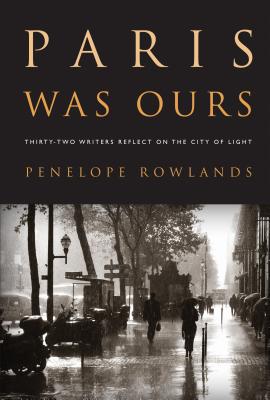 Thirty-two writers share their observations and revelations about the world's most seductive city.

"Whether you have lived in Paris or not, this captivating collection will transport you there."

Paris is “the world capital of memory and desire,” concludes one of the writers in this intimate and insightful collection of memoirs of the city. Living in Paris changed these writers forever.

In thirty-two personal essays—more than half of which are here published for the first time—the writers describe how they were seduced by Paris and then began to see things differently. They came to write, to cook, to find love, to study, to raise children, to escape, or to live the way it’s done in French movies; they came from the United States, Canada, and England; from Iran, Iraq, and Cuba; and—a few—from other parts of France. And they stayed, not as tourists, but for a long time; some are still living there. They were outsiders who became insiders, who here share their observations and revelations. Some are well-known writers: Diane Johnson, David Sedaris, Judith Thurman, Joe Queenan, and Edmund White. Others may be lesser known but are no less passionate on the subject.

Together, their reflections add up to an unusually perceptive and multifaceted portrait of a city that is entrancing, at times exasperating, but always fascinating. They remind us that Paris belongs to everyone it has touched, and to each in a different way.


Praise For Paris Was Ours…

"A lively show-and-tell about the city's legendary Latin lovers, celebrated cuisine, fashion worship, and its rarely heard from (or about) homeless citizens." --Elle
—National Geographic Traveler

"Whether you have lived in Paris or not, this captivating collection will transport you there." --National Geographic Traveler