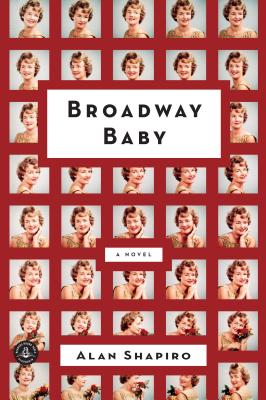 As a little girl growing up in Boston, Miriam Bluestein fantasized about a life lived on stage, specifically in a musical. Get married, have a family—sure, maybe she’d do those things, too, but first and foremost there was her career. As a woman, she is both tormented and consoled by those dreams in her day-to-day existence with her family, including a short-tempered husband, a cranky mother, and three demanding children, one of whom, Ethan, shows real talent for the stage.

It is through Ethan that Miriam strives to realize her dreams. As she pushes him to make the most of his talent, the rest of her life gradually comes undone, with her husband becoming increasingly frustrated and her other two children—Sam, a mass of quirks and idiosyncrasies, and Julie, hostile and bitter—withdrawing into their own worlds. Still Miriam dreams, praying for that big finale, which, when it comes, is nothing that she ever could have imagined.

Broadway Baby marks the fiction debut of a nationally acclaimed award-winning memoirist and poet, “an acute observer of moments, people, art and language [who] packs even seemingly simple stories with many layers of meaning” (Publishers Weekly, starred review).

Alan Shapiro is the author of ten volumes of poetry and two memoirs, one of which was a finalist for the National Book Critics Circle Award. He has received a Los Angeles Times Book Prize, a Lila Wallace–Reader’s Digest Writer’s Award, and the Kingsley Tufts Poetry Award, among other honors. He currently teaches at the University of North Carolina at Chapel Hill. Find him online at www.alanshapiro.org.
Loading...
or support indie stores by buying on