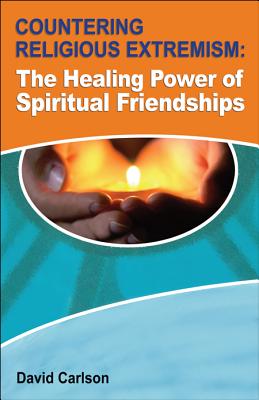 The Healing Power of Spiritual Friendships

This book invites readers on a journey. Those interviewed for this book have already built bridges of understanding and have crossed them into a far better future, one superior to the vision of extremism or Western materialism. We call on people who love their faith to join us.

Have you ever encountered someone who sees religion as a matter of "you're either with me or you're against me"? Or maybe you've met someone, however well-meaning, intent on converting everyone they meet. Countering Religious Extremism: The Healing Power of Spiritual Friendships offers an approach to faith, unity, and relationship that recognizes the individual person and their situation, instead of seeing people of other faiths solely as enemies or potential converts.

The model for creating spiritual friendships that will change the world comes from a group of Christian and Muslim men known as the "Shapiro gang," who meet at a deli for lunch a couple of times per month. What holds the group together is the esteem and love that they have for one another. The question is this: if these ordinary men meeting at Shapiro's for over 18 years can encourage one another in their adventure with God, what could similar groups across this country and around the world accomplish? Margaret Mead's familiar adage certainly applies to each interfaith group featured in this book: "Never doubt that a small group of thoughtful, committed citizens can change the world."

Join the Shapiro gang and other interfaith groups on a journey of relationships built on faith and the desire to stand together in the face of division. These groups are building bridges of understanding and crossing them into a far better future, one superior to the popular visions of extremism or Western materialism. Together, they call on all people who love their faith to join them.

David Carlson is Professor, Philosophy and Religion at Franklin College, Franklin IN where he has been teaching for 36 years. In 2011, Carlson published Peace Be with You: Monastic Wisdom for a Terror-Filled World. David recent co-founded Shoulder to Shoulder in Interfaith Witness, a central Indiana-based group that brings people of all faiths together. One of their first actions was: "We Stand With American Muslims," a yard-sign campaign showing support for the Muslim community.
Loading...
or support indie stores by buying on