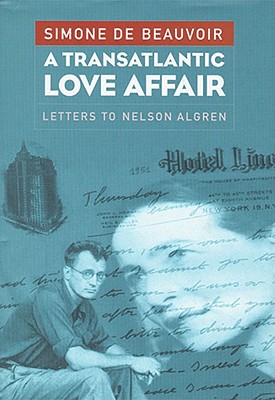 In 1947, Simone de Beauvoir met Pulitzer Prize-winning writer Nelson Algren in Chicago, and it was love at first sight. A passionate affair ensued, spanning twenty years and four continents in an era when a transatlantic flight took twenty-four hours and overseas telephone calls were a luxury. A Transatlantic Love Affair collects more than three hundred love letters written in English by de Beauvoir to Algren.

Unique among the prolific correspondence de Beauvoir conducted throughout her life, these letters involved someone not at all of her world. De Beauvoir was forced to explain to Algren everything that usually went without saying: her background, her life in Paris, and the political situation in Paris. The result is a cross between a personal memoir and an insider's intellectual history of Left Bank life in postwar Paris, populated with luminaries including Albert Camus, Truman Capote, Colette, Alberto Giacometti, Margaret Mead, and Richard Wright.

Written as she was working on The Mandarins, America Day by Day, and The Second Sex, the letters provide a new backdrop for those now classic works. Recently on the bestseller list in France, these frank, tender, and often humorous letters reveal an unusual portrait of the Second Simone.

Simone de Beauvoir (1908 1986) is best known for her existentialist and feminist writing, including "The Second Sex," "The Mandarins" (winner of the Prix Goncourt), " The Coming of Age," and "America Day by Day." Editor of the monthly Paris review" Les Temps Modernes" with her lifelong companion, writer and philosopher Jean-Paul Sartre, she met Pulitzer Prize winning novelist Nelson Algren (1909-1981), author of "Never Come Morning," "The Man With the Golden Arm" (winner of the National Book Award), "The Neon Wilderness," and "A Walk on the Wild Side," in Chicago in 1947.