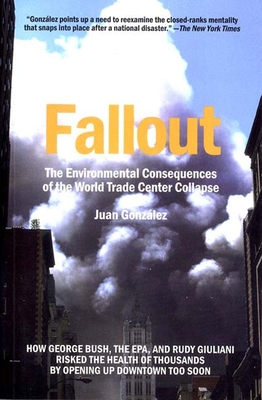 The Environmental Consequences of the World Trade Center Collapse

Within days of the September 11th attack in New York City, Environmental Protection Agency Administrator Christie Whitman, together with Time Man of the Year Rudy Giuliani, reassured New Yorkers that air "contaminants are either not detectable or are below the Agency's concern levels."

In fact, EPA tests taken at the time showed high concentrations of toxic materials in the air downtown, including asbestos, dioxins, and heavy metals. Con Edison and the Port Authority revealed--two months after the attack--that nearly 200,000 gallons of diesel fuel and transformer oils, much of it contaminated with low-level PCBs, had escaped beneath Ground Zero. And independent measurements of indoor air, widespread because the agency declined to test private buildings, showed astronomically higher readings.

Prizewinning journalist Juan Gonzalez argues that public officials misled New Yorkers about the real dangers of toxic contamination after September 11. Their failure may have profound effects on the long-term health of New Yorkers and the reputation of the ex-mayor.

Daily News columnist Juan Gonzalez is one of the few journalists investigating the environmental impact of the WTC collapse. His previous books include Roll Down Your Window and Harvest of Empire.
or
Not Currently Available for Direct Purchase
Copyright © 2020 American Booksellers Association