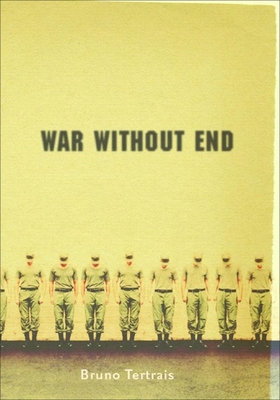 The View from Abroad

Is the war in Iraq the beginning of a war without end? As the country seeks to decipher the White House conversations that led to war, Bruno Tertrais, one of Europe's leading defense analysts and former RAND Corporation fellow, takes us on a deeper investigation of American global strategy and its long-term consequences.

War Without End offers a comprehensive examination of the ideas and policies that may have led us into a century of combat. An international authority on nuclear nonproliferation, Bruno Tertrais is uniquely able to look at American political and military thinking since World War II and to trace the ideology that has created the present impasse, including the most thoroughgoing account available of the neoconservative players and ideas that guided the Bush administration into Iraq.

Far from being a "war for oil," War Without End demonstrates that the Iraq invasion is part of a global strategy whose negative consequences are already apparent. Have we unleashed forces, here and abroad, that will trap future generations? These are the questions raised by this brilliant and disturbing book.

Bruno Tertrais is a Senior Research Fellow at the Foundation for Strategic Research in Paris and was a RAND Corporation fellow. He is the author of numerous books and articles in English and French, including Nuclear Policies in Europe.
Loading...
or support indie stores by buying on