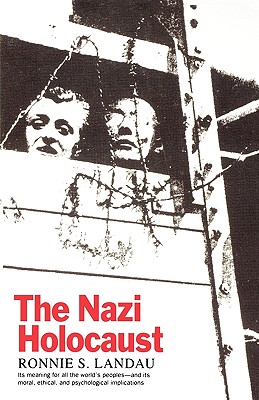 The Nazi Holocaust is an important breakthrough in the struggle to understand this shattering event. By shunning simplistic explanations, Landau seeks to mediate between the vast, often unapproachable subject and the reader who wrestles with its meaning. Locating the Holocaust within a number of different contexts-Jewish history, German history, genocide in the modern age, and the larger story of human bigotry and the triumph of ideology over conscience-his book is a model text, brief but surprisingly comprehensive.

Ronnie S. Landau is former educational director of the Spiro Institute for the Study of Jewish History and Culture. Founding director of the British Holocaust Educational Project, he writes widely on modern Jewish history and is now head of humanities at the City Literary Institute, London.
Loading...
or support indie stores by buying on