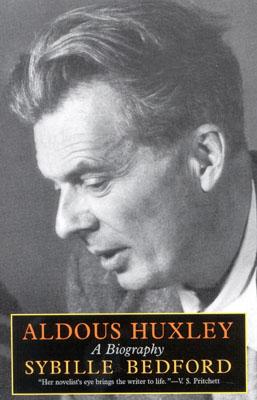 In this dazzling conjunction of subject and author, the great English novelist Aldous Huxley, the wholly civilized man, is brought wholly alive in a magnificent full-scale biography by the brilliant English novelist Sybille Bedford, an intimate friend of the Huxleys through four decades. With a pointillistic richness of moment, place, and talk, she re-creates not only the private Huxley and the literary Huxley but the entire intellectual and social era to which he was central. Despite the almost total loss of his sight at age sixteen, Huxley became a titan and cultural hero of the decades after World War I, on terms with the outstanding writers and artists of his day, from D. H. Lawrence to Stravinksy and Auden. He had two separate and large careers as Crome Yellow and Point Counter Point, flag-bearer of England's Bright Young People through the 1920s, and romancer of glittering women; and later, in America, as the increasingly philosophical and utopian thinker, and a pioneering explorer of the frontiers of the human mind. Drawing on his letters and diaries, the memories of his intimates, and her own sharp and sensitive comprehension of Huxley's writings, Mrs. Bedford has written a masterful biography. "Her novelist's eye," writes V. S. Pritchett, "brings the writer to life. Huxley becomes a living, deeply attractive presence, while his great contemporaries flash through these pages in memorable and moving encounters. Mrs. Bedford's biography stands as the major work on a major figure in the literary and intellectual history of the twentieth century.

Sybille Bedford is the author of A Legacy, A Favorite of the Gods, Jigsaw, and A Compass Error, all novels published to international praise. Her nonfiction works include The Sudden View, The Trial of Dr. Adams, and The Faces of Justice. She lives in London.
Loading...
or
Not Currently Available for Direct Purchase