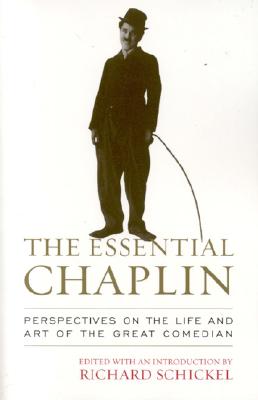 Perspectives on the Life and Art of the Great Comedian

At age twenty-eight, Charlie Chaplin was a millionaire and one of the world's most famous personalities. He had grown rich playing the poorest of men. He was to go on playing unforgettable characters in timeless films, but now the psychology of celebrity began both to drive and to damage his creativity. Richard Schickel, the distinguished film critic, has called Chaplin the first victim of modern celebrity culture, "driven by his relentless ego, by his helpless need for an audience to dominate, to lead. All the tragedies of his life stemmed from those drives and needs." Mr. Schickel is the rarest of Chaplin enthusiasts, an unabashed fan who can celebrate the object of his affection without looking away when his subject deserves a poking. In this indispensable collection of some thirty essays, he has selected the most provocative and insightful criticisms of Chaplin's life and work, from the great comedian's beginnings through his early features, his mid-life crisis, and his late films. The contributors include Andrew Sarris, David Thomson, Andre Bazin, Gilbert Seldes, Alistair Cooke, Frances Hackett, Robert E. Sherwood, Stark Young, Penelope Gilliatt, Edmund Wilson, Stanley Kauffmann, Alexander Woollcott, George Jean Nathan, Winston Churchill, Max Eastman, Graham Greene, Otis Ferguson, James Agee, Dwight Macdonald, Robert Warshow, Walter Kerr, J. Hoberman, and others. Mr. Schickel, the last critic to study Chaplin intensively (for his award-winning documentary of a year ago), offers a long Introduction.