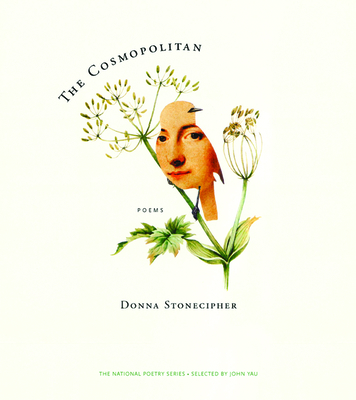 These poems spin tales of traveling in a world both romantic and politicized, a world miniaturized by globalization and haunted by the figure of the cosmopolitan, who is aware of its saturated history, yet inspired by the knowledge that nostalgia is merely "memory decayed to sugar." In the kingdom of Donna Stonecipher's imagination, "a story is always forming to adorn reality," and the fall of the Eastern bloc is reenacted the night "the girl with the DDR bag met the boy with the CCCP T-shirt."

Donna Stonecipher is the author of The Reservoir and Souvenir de Constantinople. She grew up in Seattle and Tehran and makes her home both here and abroad.

Donna Stonecipher, the author of two previous poetry collections, The Reservoir and Souvenir de Constantinople, also translates poetry and prose from French and German. She grew up in Seattle and Tehran and has lived in New York, Paris, Prague, Iowa City, and Berlin. She is currently studying in Athens, Georgia, and lives part-time in Seattle and Berlin.
or
Not Currently Available for Direct Purchase
Copyright © 2020 American Booksellers Association