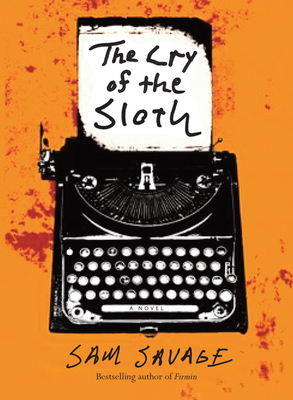 The Cry of the Sloth

Living on a diet of fried Spam, vodka, sardines, cupcakes, and Southern Comfort, Andrew Whittaker is slowly being sucked into the morass of middle age. A negligent landlord, small-time literary journal editor, and aspiring novelist, he is--quite literally-- authoring his own downfall. From his letters, diary entries, and fragments of fiction, to grocery lists and posted signs, this novel is a collection of everything Whittaker commits to paper over the course of four critical months.

Beginning in July, during the economic hardships of the Nixon era, we witness our hero hounded by tenants and creditors, harassed by a loathsome local arts group, and tormented by his ex-wife. Determined to redeem his failures and eviscerate his enemies, Whittaker hatches a grand plan. But as winter nears, his difficulties accumulate, and the disorder of his life threatens to overwhelm him. As his hold on reality weakens and his schemes grow wilder, his self-image as a placid and slow-moving sloth evolves into that of a bizarre and frantic creature driven mad by solitude.

In this tragicomic portrait of a literary life, Sam Savage proves that all the evidence is in the writing, that all the world is, indeed, a stage, and that escape from the mind's prison requires a command performance.

Sam Savage is the author of the bestseller Firmin: Adventures of a Metropolitan Lowlife, an American Library Association Notable Book and Barnes & Noble Discover Great New Writers Award finalist. A native of South Carolina, Savage holds a PhD in philosophy from Yale University, was once an editor of a literary quarterly, and now lives in Madison, Wisconsin.
Loading...
or support indie stores by buying on