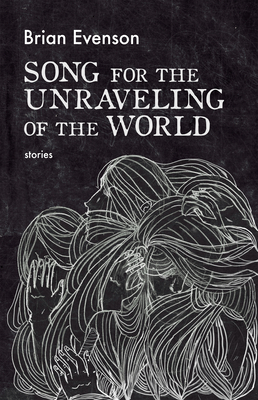 Song for the Unraveling of the World

A newborn's absent face appears on the back of someone else's head, a filmmaker goes to gruesome lengths to achieve the silence he's after for his final scene, and a therapist begins, impossibly, to appear in a troubled patient's room late at night. In these stories of doubt, delusion, and paranoia, no belief, no claim to objectivity, is immune to the distortions of human perception. Here, self-deception is a means of justifying our most inhuman impulses--whether we know it or not.

Brian Evenson is the recipient of three O. Henry Prizes and has been a finalist for the Edgar Award, the Shirley Jackson Award, and the World Fantasy Award. He is also the winner of the International Horror Guild Award and the American Library Association's award for Best Horror Novel, and his work has been named in Time Out New York's top books.
Loading...
or support indie stores by buying on