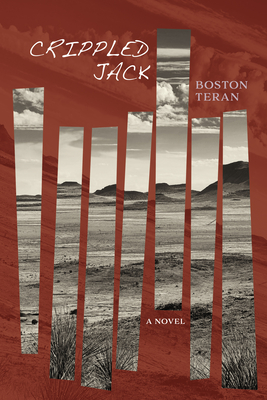 Crippled Jack is a revisionist western set against a landmark era in American folklore. Those were the years of poverty, homelessness and hatred between the classes. In that time when bloodthirsty violence ruled the day, a boy was bound and gagged and left to die in the desert. He was not yet nine and suffered what they called the palsy. there was a note pinned to his chest - It's up to God now. But the boy did not die. Fate and history merged in his will to live. He was found by a horseman, known as The Coffin Maker, who was at war with the profiteers of the day, the Czars of business, the lords of industry. The Coffin Maker becomes the star on the boy's horizon, and the boy will grow to become an expert marksman known as Crippled Jack who comes of age during the labor wars consuming the West and whose friends will be enemies of the state. He will come to love a woman who escaped the orphan trains and is a reporter covering the bloodshed sweeping the nation. Together they will usher in a new America. An America that has every intention of turning the country upside down, so that it may stand right side up.

Boston Teran is the anonymous author of a dozen acclaimed novels published worldwide. For a generation now there has been much speculation as to whether the author is a man, a woman, or a group of acclaimed artist working together and writing about America and the moral territory of its soul. Known for a far reaching vision of time, place and humanity, Boston Teran has been named alongside such great American writers, including Hemingway and Larry McMurtry, as well as filmmakers John Ford and Sam Peckinpah, and is also considered a dramatist of the first order.Hi debut novel, GOD IS A BULLET, is considered a cult classic that has been compared to such seminal works as Joan Didion's THE WHITE ALBUM and John Ford's THE SEARCHERS. NEVER COUNT OUT THE DEAD has been called a modern equivalent of MacBeth. THE CREED OF VIOLENCE is currently in pre production to star Daniel Craig. His novel GIV - THE STORY OF A DOG AND AMERICA is being transformed into a play in Japan.. The books in his DEFIANT AMERICANS SERIES have been praised for confronting an America mired in hatred and human corruption, injustice, racism and inequality, and his characters' quest for moral order and redemption.The author has been nominated or won over 17 awards, including The EDGAR AWARD for Best First Novel and the FOREWORD "Book of the Year Award" as well as the INTERNATIONAL IMPACT AWARD OF DUBLIN for Best Novel, the Best Novel of the Year in Japan and the John Creasy Award in England.
Loading...
or support indie stores by buying on