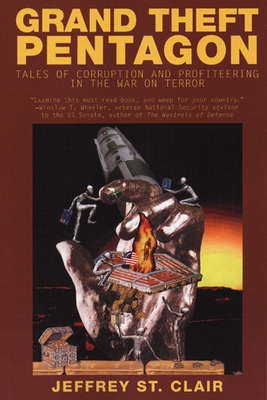 Tales of Corruption and Profiteering in the War on Terror

From the F-22 fighter jet and B-2 bomber to the Stryker tank, St. Clair, the Seymour Hersh of environmental journalism (Josh Frank), chronicles how the Pentagon shells out billions to politically wired arms contractors for weapons that don't work for use against an enemy that no longer exists.

Jeffrey St. Clair is an award-winning investigative journalist, co-editor of political newsletter CounterPunch and author of nine books, including Whiteout: the CIA, Drugs and the Press, Been Brown So Long It Looked Like Green to Me: the Politics of Nature and Imperial Crusades: Iraq, Afghanistan and Yugoslavia.
Loading...
or
Not Currently Available for Direct Purchase