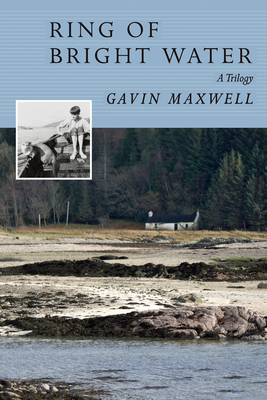 The classic account of otters in the Scottish highlands and the naturalist who cared for them there.

While touring the Iraqi marshes, Gavin Maxwell was captivated by an otter and became a devoted advocate of and spokesman for the species. Maxwell moved to a remote house in the Scottish highlands, co-habiting there with three otters and living an idyllic and isolated life at least for a while. Fate, fame, and fire conspired against this paradise, and it, too, came to an end, though the journey was filled with incident and wonder. An extraordinarily evocative writer, Maxwell was also talented as an artist. His sinuous line drawings of these amphibious and engaging creatures, and the homes they occupied, illustrate his story. This volume weaves together the Scottish otter stories from Gavin Maxwell's three non-fiction books, Ring of Bright Water (1960), The Rocks Remain (1963), and Raven Meet Thy Brother (1969). Together they stand as a lasting tribute to a man, his work, and his passion for another species. This is for any reader who loves memoirs, nature, and wildlife.