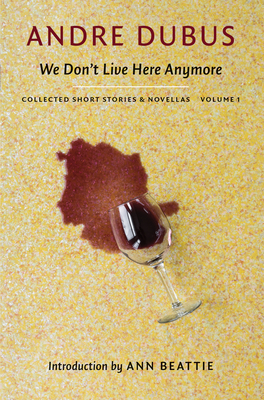 When Andre Dubus's first book of stories, Separate Flights arrived in 1975, it was immediately celebrated as the arrival of a new and important voice in American fiction. Two years later came Adultery and Other Choices and Dubus' reputation rose even higher. Both books are now collected in We Don't Live Here Anymore, the first in the three-volume Collected Short Stories and Novellas by Andre Dubus. "The stories are about how people must make accommodations once they find out there's no winning," Ann Beattie writes in her introduction. While the collection's opening stories focus on the fragile nature of youth, later stories shift to darker struggles of adulthood, such as in "Andromache"--Dubus's first story to appear in The New Yorker--which traces the aftermath of a tragic death during wartime. Collected Short Stories and Novellas by Andre Dubus includes We Don't Live Here Anymore, The Winter Father, and The Cross Country Runner. All three contain work by an American master, perfect for anyone who loves stories of the human heart and where it can lead us.