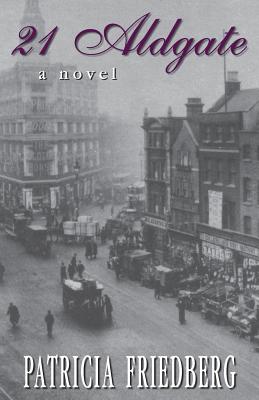 A story of love and war . . . When young Clara Simon suddenly quit her steady job in Ernest Maxwell Abbott's law firm over his increasingly shabby treatment of Jewish clients, she soon realized the seriousness of her actions. Giving up any job in struggling, post-WWI London meant taking a chance. Clara knew her family at 21 Aldgate would not be supportive. With that in mind she did the only thing a Londoner could do: she looked for a quiet place to have a cup of tea and think over her hasty decision. A coincidental meeting with a former Abbott employee resulted in the suggestion of a job offer in Chelsea. Clara, reluctant to consider venturing into affluent Chelsea, finally agreed to meet with the important French artist, Paul Maze, who needed an assistant to help write his memoir of his work as a field artist during WWI. Her experiences in his employ left her profoundly changed by the ghosts of war, the Nazis - and by Paul Maze. A story of class distinction, a people and their traditions, a family and its fate, a country and its fight against Fascism, and a woman with a secret she must take to her grave. Set in 1930s and 1940s in London, England, France and Germany in the chaotic time between World War I and into World War II. Based on true-life characters and events, 21 ALDGATE is a story about a place in time that no longer exists -- except in rapidly fading memories.

Patricia Friedberg was born and raised in London during World War II. She attended the Henrietta Barnett School and later the London School of Journalism. Her marriage to a South African doctor took her to what was then The Rhodesias - now Zambia and Zimbabwe. She is the mother of four children, each born in a different country, and grandmother of eight. She is also the author of Letters from Wankie: A Place in Colonial Africa, which chronicles her first two years as a newlywed, married to the colliery doctor, in the coal mining town of Wankie in remote northwestern South Rhodesia (now Zimbabwe), where she was hired to be Clerk of the Court, simply because she could type. A charming book based on her hundreds of letters home to London.
or support indie stores by buying on
Copyright © 2020 American Booksellers Association