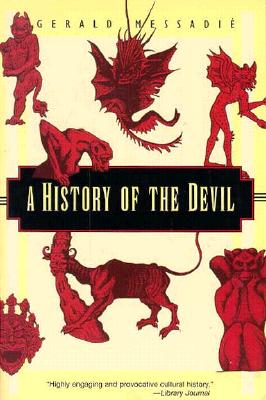 A History of the Devil

AN UNORTHODOX COMPARATIVE HISTORY OF RELIGION-FROM THE DARK SIDE-BY A BESTSELLING THEOLOGIAN "The biggest ruse of the devil is making us believe that he doesn't exist," claimed Baudelaire. On the contrary, argues bestselling historian and critic Gerald Messadie, the true evil lies in the fact that we believe in him at all. A History of the Devil is a provocative exploration of the personification of evil through the ages and across cultures. Messadie reveals that the Satan of Judeo-Christian mythology-the antithesis of God and good-was a concept unknown to the Greeks, Romans, Egyptians, Hindus, and Chinese. In fact, the devil was probably invented six centuries before the common era by Persian clergy eager to demonize their political adversaries. Ever since, the image of evil has been a useful tool of the powerful, both religious and secular, from the prosecutors of the Spanish Inquisition to the Cold Warriors of our own time. In seventeen absorbing chapters, Messadie researches the genealogy of the devil in the world's major civilizations, from Asia and Europe to Africa and North America. He examines the devil's role in each culture and the evolution of his various incarnations throughout history. Abundant in historical references and cultural analyses, A History of the Devil shows that it is precisely the belief in the devil that lies at the root of religious fanaticism around the world today.

Gerald Messadie studied at Ecole des Langues Orientales in Paris, and is the author of fifteen books in French. His works have been widely translated in Europe.
or
Not Currently Available for Direct Purchase