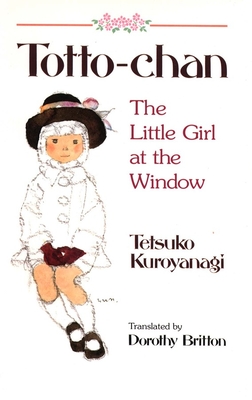 The Little Girl at the Window

This engaging series of childhood recollections tells about an ideal school in Tokyo during World War II that combined learning with fun, freedom, and love. This unusual school had old railroad cars for classrooms, and it was run by an extraordinary man-its founder and headmaster, Sosaku Kobayashi--who was a firm believer in freedom of expression and activity.


In real life, the Totto-chan of the book has become one of Japan's most popular television personalities--Tetsuko Kuroyanagi. She attributes her success in life to this wonderful school and its headmaster.


The charm of this account has won the hearts of millions of people of all ages and made this book a runaway bestseller in Japan, with sales hitting the 4.5 million mark in its first year.

Praise For Totto-Chan: The Little Girl at the Window…

"[Totto-chan] has reminded millions of Japanese what children think education should be." —International Herald Tribune

"Totto-chan can be expected to attract American educators, parents, and perhaps some children who appreciate the international view beyond their own first-floor window." —Christian Science Monitor

TETSUKO KUROYANAGI, daughter of the celebrated violinist, was voted Japan's most popular television personality fourteen times. She studied to become an opera singer but then became an actress instead, winning a prestigious award for her work in radio and television. She spent 1972 in New York studying acting, and was critically acclaimed in Japan for her leading role in works by Albee and Shaffer and in Melchior Lengyel's "Ninotchka." Her daily television talk show, "Tetsuko's Room," is still going strong after more than twenty years. Japan's first such program, it was recently awarded television's highest prize. This and the other shows on which she regularly appears all enjoy top viewer ratings.


Devoted to welfare and conservation, Kuroyanagi is Asia's first UNICEF Goodwill Ambassador (see Totto-chan's Children and serves on the board of the Worldwide Fund for Nature. The Totto Foundation—financed with her book royalties—provides professional training to deaf actors, with whom Kuroyanagi often appears. Kuroyanagi has twice brought America's National Theater of the Deaf to Japan, acting with them in sign language. She is the author of ten books.


Translator DOROTHY BRITTON, author, poet, and composer, was born in Japan and educated in the United States and England. A pupil of Darius Milhaud, she is well known for her popular Capitol Records album "Japanese Sketches," in which Tetsuko Kuroyanagi's father is violin soloist. Her distinguished translation of Basho's Narrow Road to a Far Province is a classic. She is author of The Japanese Crane: Bird of Happiness and co-author of National Parks of Japan. Her most recent work includes a translation of Princess Chichibu's autobiography, The Silver Drum and Kuroyanagi's Totto-chan's Children.
Loading...
or support indie stores by buying on