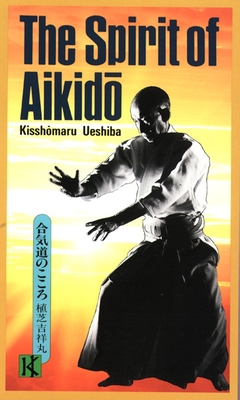 The Spirit of Aikido

Aiki is the power of harmony, of all beings, all things working together.


Aikido--a modern Japanese martial art unique in its synthesis of classic forms with a well-defined spiritual base--offers a key to the art of living naturally and unselfishly in a complicated world. This book explains it in reference to the founder's philosophy of mind--and action. In addition, the history of aikido's prewar development as a non-competitive new martial art is described, with a consideration of its international role.

KISSHOMARU UESHIBA: the second Aikido Doshu (the person who embodies the spirit of Aikido as inherited from the founder and is the living symbol of Aikido). He was born in 1921, the third son of Morihei Ueshiba, the founder of Aikido. He graduated from Waseda University in 1946, became master of the Aikido World Headquarters in 1948, and in 1967 was named chairman of the Aikikai Foundation, the principal Aikido organization in Japan and overseas. His formal appointment as successor to his father took place in 1969. He died in 1999.
Loading...
or
Not Currently Available for Direct Purchase