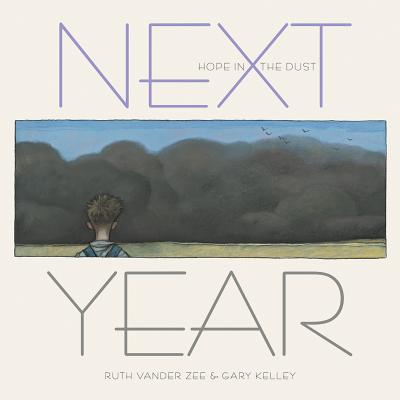 In the 1930s, as the entire United States contended with the effects of the Great Depression, dust storms raged throughout a portion of the country that had once been rich farmland. Depleted of their natural prairie grasses and farmed too harshly, eroded soils blew away as drought settled in. Like thousands of Americans during that time, Calvin and his family cling to hope as they wonder when "next year" will finally come. Ultimately, a choice will be made that will change the landscape of Calvin's family forever.

Ruth Vander Zee's career as a children's book author began in 2003 with the original publication of Erika's Story, which prompted her to write four other titles featuring characters who respond to tragedy with courage and hope. Vander Zee lives with her husband in Miami, Florida.

Gary Kelley is an internationally known artist who has illustrated numerous books, including his most recent Creative Editions collaboration with J. Patrick Lewis, 2016's The Navajo Code Talkers. Kelley's artwork has appeared in many periodicals as well as in Barnes & Noble's bookstore murals. He lives in Cedar Falls, Iowa.
Loading...
or
Not Currently Available for Direct Purchase