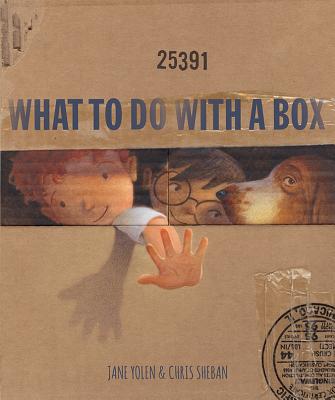 What To Do With a Box

If you give a child a box, who can tell what will happen next? It may become a library or a boat. It could set the scene for a fairy tale or a wild expedition. The most wonderful thing is its seemingly endless capacity for magical adventure, a feature imaginatively captured in cardboardesque art by Chris Sheban and rhythmically celebrated in this poetic tribute by renowned children's author Jane Yolen.

Praise For What To Do With a Box…

Jane Yolen has been called "the Hans Christian Andersen of America" due to her significant contributions to children's literature, especially her original and collected fairy tales. She has written more than 300 books, including the Caldecott Medal-winning Owl Moon, and earned numerous honors. She lives in Massachusetts and Scotland.

Chris Sheban has illustrated eight children's books, including A Night on the Range, The Shoe Tree of Chagrin, and Red Fox at McCloskey's Farm. His work has been honored with three gold and three silver medals from the Society of Illustrators. He lives near Chicago, Illinois.
Loading...
or
Not Currently Available for Direct Purchase