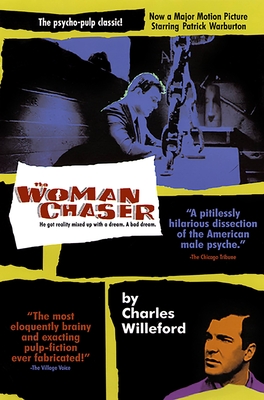 "A pitilessly hilarious dissection of the American male psyche."--Chicago Tribune

Richard Hudson, an inveterate woman-chaser and gifted used car salesman, possesses a pimp's understanding of the ways in which women (and men) are most vulnerable -- and justifies his seductions with a highly perverse logic. By day, he works his crooked car lot with much success. By night, he returns home to a family of misfits: an adoring, ageless mother; her washed-up husband, an ex-film director who is twenty years her junior; and a curious teenage stepsister ripe for corruption.

One day Richard is seized by a feeling of terror and revulsion; he realizes he's wasting his life in the meaningless pursuit of money. His only hope, he decides, is to abandon the used-car game and try his hand at something creative--an ambitious and risk-laden film project that will "tie up in a single package his reason for existing."

Richard completes his cherished project. But forces beyond his control swiftly reject and destroy it. As a result, the enraged and humiliated used-car salesman goes on a bender for the ages, drinking his way through the underbelly of Los Angeles and exacting a monstrous revenge on all who have crossed him.

"The most eloquently brainy and exacting pulp-fiction ever fabricated!"--Village Voice
"No one writes a better crime novel than Charles Willeford."--Elmore Leonard

Charles Willeford (1919-1988) was an American writer of fiction, poetry, autobiography, and literary criticism, He is best known for his series of novels featuring hardboiled detective Hoke Moseley.
Loading...
or support indie stores by buying on